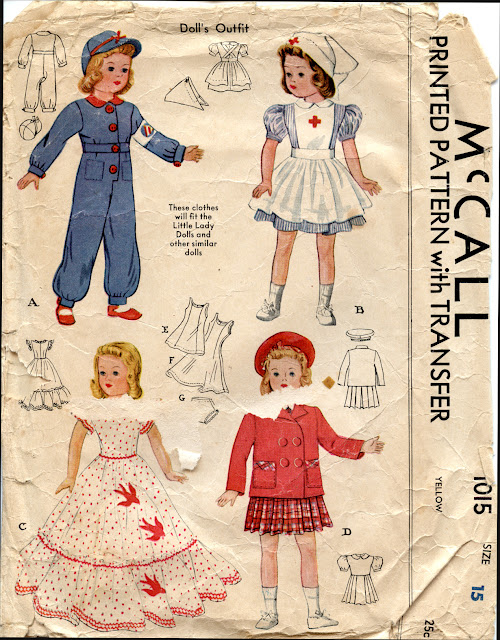 During World War II, even dolls could help the war effort, either by nursing with the Red Cross or by working for the U.S. Office of Civilian Defense as an Air Raid Warden.

It's interesting that the two occupational garments are given top billing in the illustration, while the party dress and school clothes provide hope for the future.

The Office of Civilian Defense was established on May 20th, 1941, a little less than six months before the attack on Pearl Harbor. 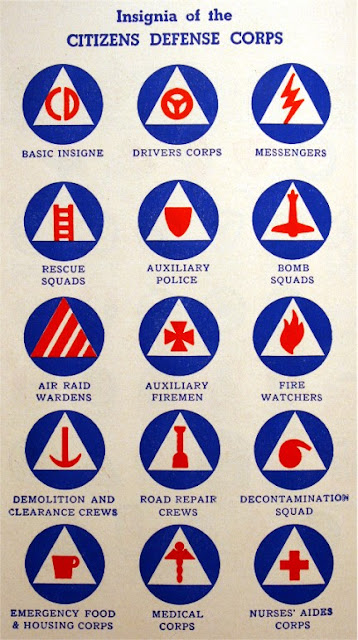 The designers were careful to be accurate in rendering the insignia for the armband, though they had to simplify it a little due to the very small size. 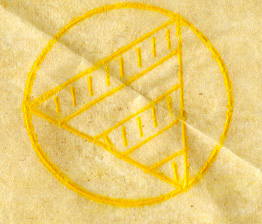 How darling! thanks for posting all these lovely old patterns.