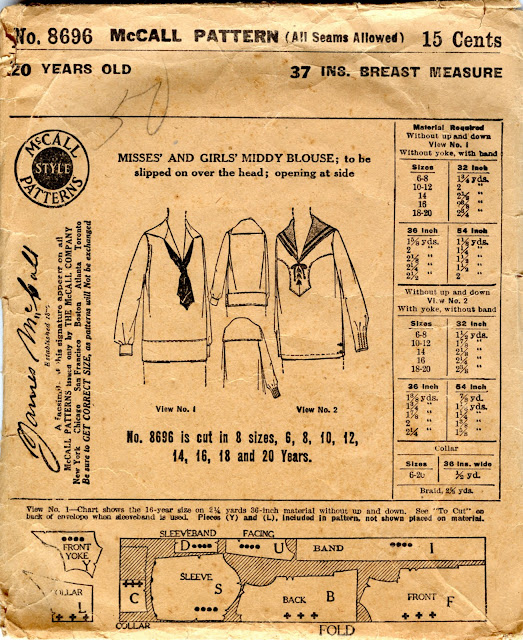 Civilian clothing has borrowed from military design since at least the eighteenth century, and by the late nineteenth century the middy blouse (sometimes as part of a "sailor suit,") was a popular garment for children for the same reason it was useful for sailers (middy is a shortened term for midshipman;) it's relatively easy to make, can be made from stout materials, and provides good freedom of movement.

The idea that strenuous physical activity for females might be both enjoyable and healthy had only taken hold in the latter part of the nineteenth century, and suitable clothing had to be found. (1)  Extending the use of play clothing worn in childhood is a logical solution.

In 1916 the American artist Helen Simpkins painted this thoughtful young lady in her middy blouse.  Imagine how different this portrait would be if the sitter was wearing tailor mades or a ball gown.

1916 is also the year of this wonderful group photo, found on Shorpy, of young folks on a camping expedition.  See if you can count the number of middy blouses, primarily on the girls, but in at least one case, worn by a young man. 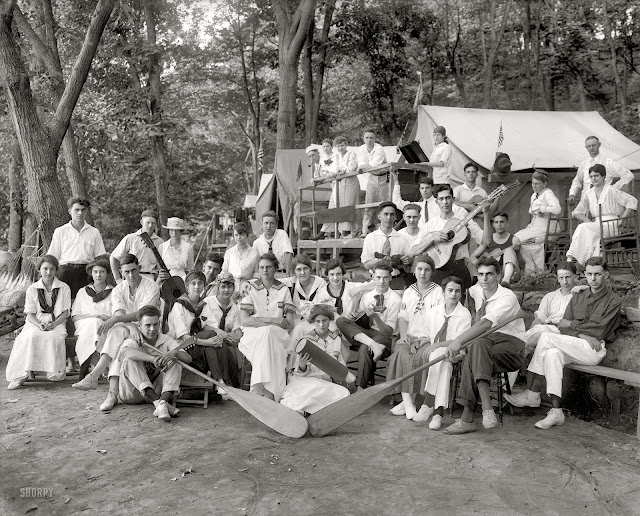 The Eaton's Department Store advertisement in the Toronto World for April 6 1916 raved about the popularity and practicality of the middy.  You could buy a highly functional middy for $1.95, or you could go for a stylish silk version for $2.95.  Note that sizes were available up to 44 inch bust, so this was a garment that women as well as girls were wearing.

The middy blouse was considered so fundamental a garment that extensive instructions for making a middy are given in Clothing for Women, originally published in 1916 and republished as late as 1921.  The author recommends making up the middy blouse in drill, galatea, Indian Head muslin, poplin, khaki cloth, linen, serge, or flannel.

In 1920, the Bush Magazine devoted an entire enthusiastic (but not necessarily trustworthy) article on the middy:


There isn't anything unusual about McCall's middy blouse offering, but included in the envelope is a piece cut out of a German language newspaper, possibly from the Chicago area.  I've tried to match this up against both the pieces for the collar and for the front yoke but I don't see a clear relationship to either of them, so possibly this got put in the wrong envelope entirely. 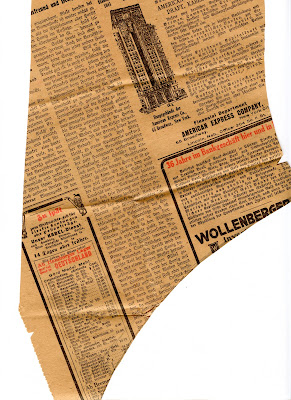 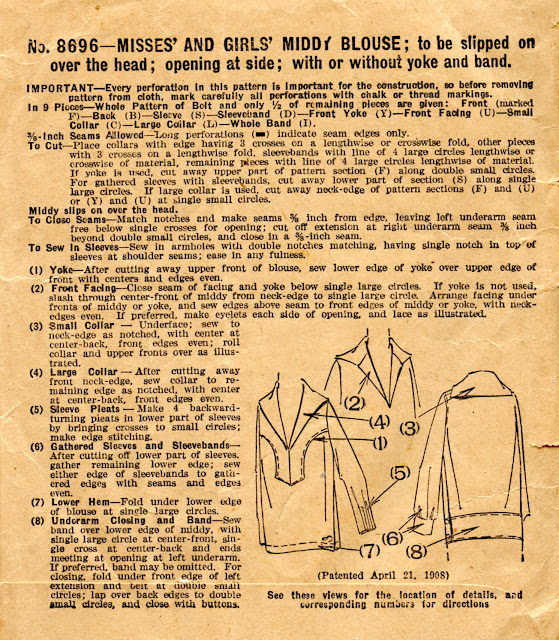 (1) It's worth remembering that at the same time that middle class girls and women were beginning to be more physically active, their working class sisters were working in some pretty grueling physical conditions and didn't have time, money, or opportunity for outdoor activities.
Posted by andrea.at.the.blue.door at 4/10/2011 02:43:00 PM 0 comments