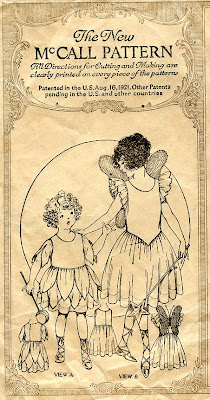 Surely, these are flower fairies. One imagines their costumes made up in apple blossom or sweet pea colors. 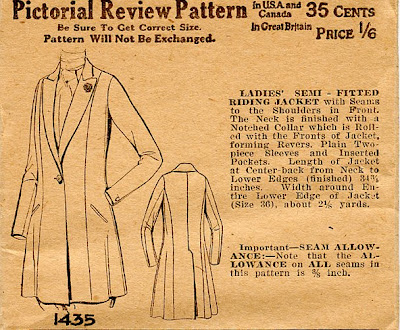 Note that underfacing E may be cut of rubberized material.  You can see the outline of the underfacing on pieces L, F, and H. 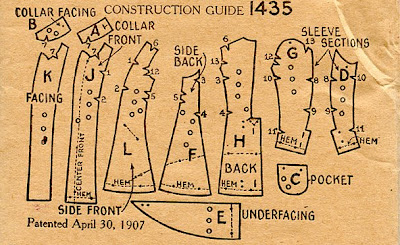 The finished length of the jacket is about 34".  The pattern is not printed.  No fabric recommendations are made, though interestingly, the layout is given for 54" material only.

This was probably meant to be worn with Pictorial Review 1438, Ladies' Riding Breeches. 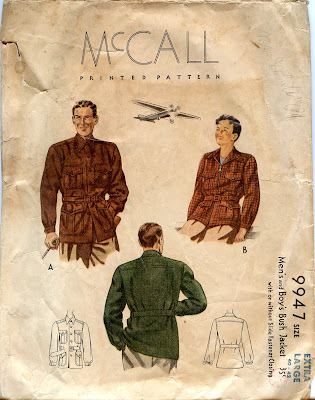 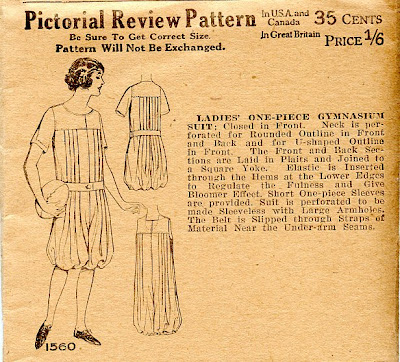 This is an unprinted pattern.  No fabric recommendations are made, though blue serge was popular.  I would guess that dry goods or department stores ordered bolts of blue serge along about August so that girls and their mothers could get their new gymnasium suits made for the beginning of the fall term.  My guess is that if the suit was made in the sleeveless version, a white blouse would have been worn underneath.

Interestingly, Putnam's Household Handbook by Mae Savell Croy, published in 1916, recommends gymnasium suits as the ideal garment in which to do housework.  That may be part of the reason why this pattern was offered in sizes up to a 46 inch bust.