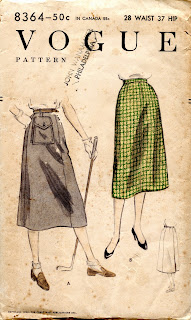 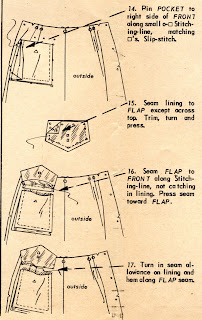 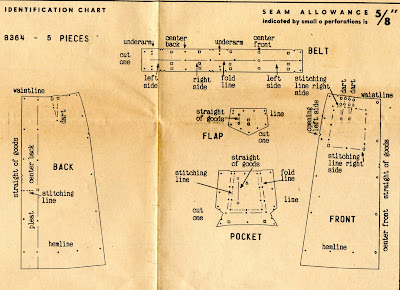 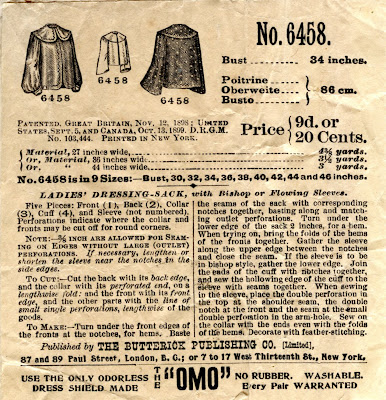 This also strikes me as a supremely practical garment to wear when reading in bed when one has a drafty bedroom and a limited heating oil budget.
Posted by andrea.at.the.blue.door at 6/18/2010 12:00:00 AM 1 comments 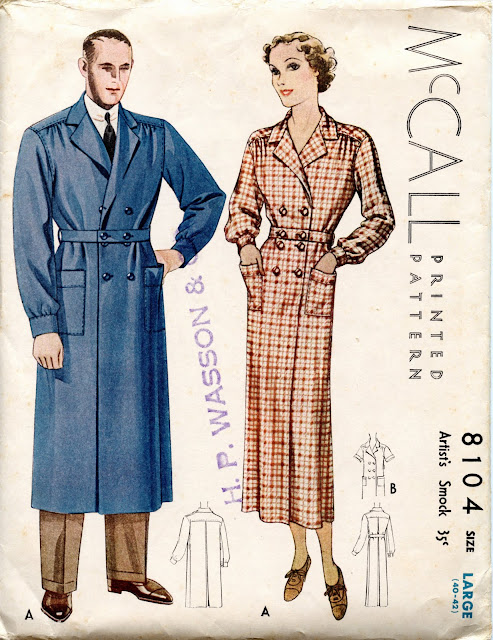 1934 or a little later.
Outside of a few novelty apron patterns which start to show up in the '30s and '40s, this is the earliest "unisex" pattern I've ever seen. (The term "unisex" seems to have been coined, or at least popularized, in the 1960's.)
With this pattern we've come a long, long way from our slightly frou-frou artist of the early 1900's.  I'd be much more inclined to call this a lab or shop coat.  The 1928 book Tailored Garments states that

The making of garments for men...also offers excellent possibilities for the woman who wishes to specialize.  For example, a good business may be build up by making...coats for barbers, surgeons, etc...

The instructions are extremely brief, even for this era. 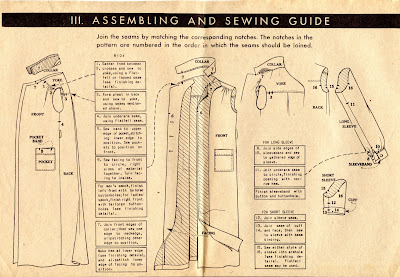 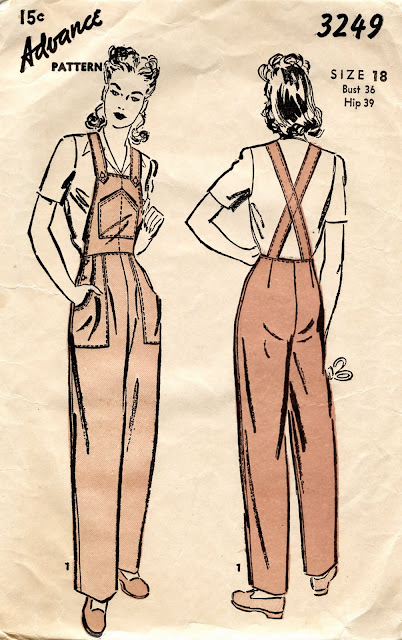 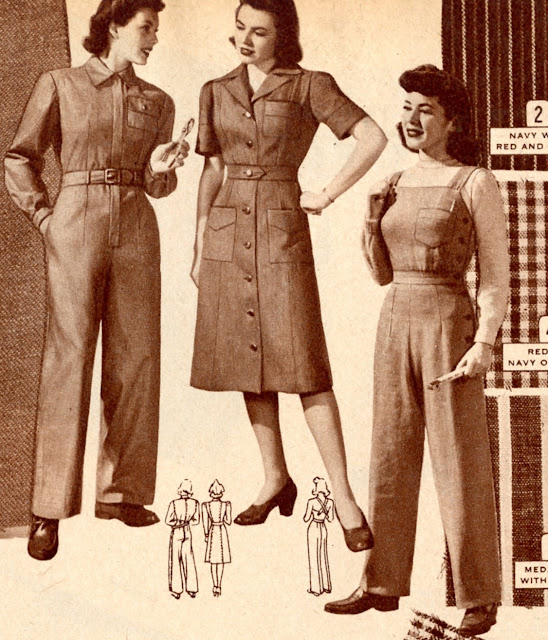 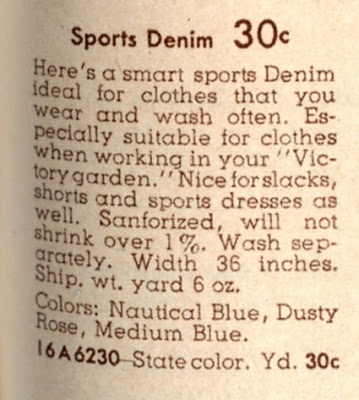 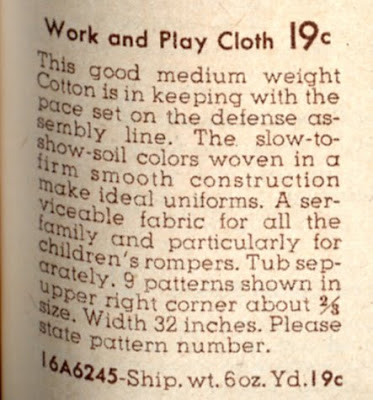 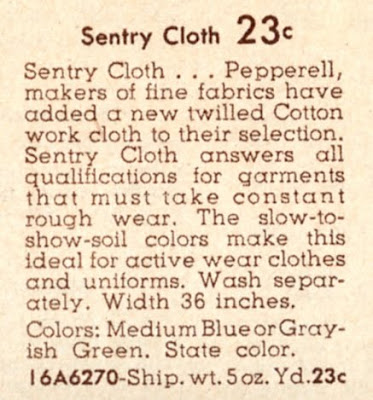 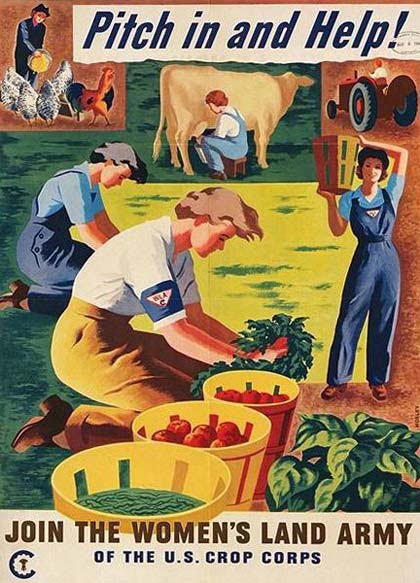 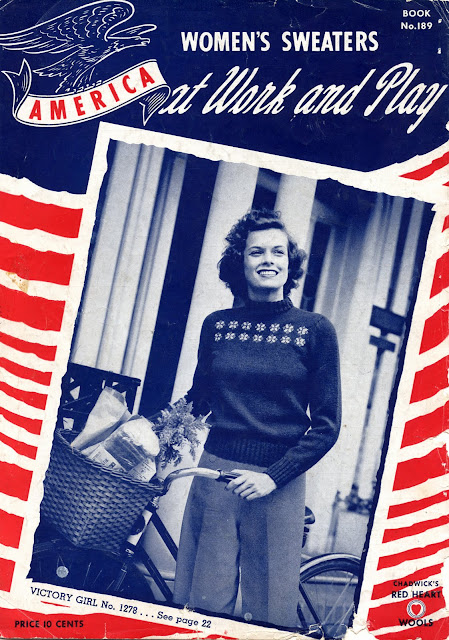 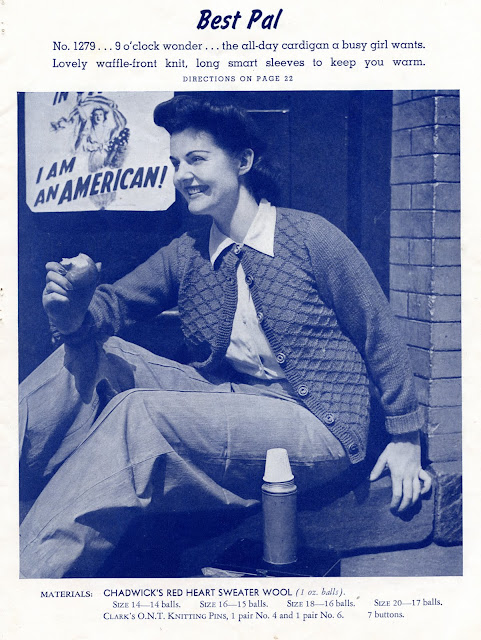