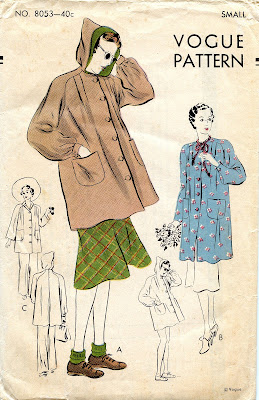 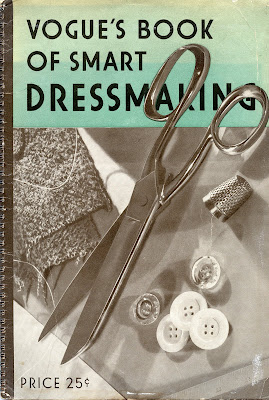 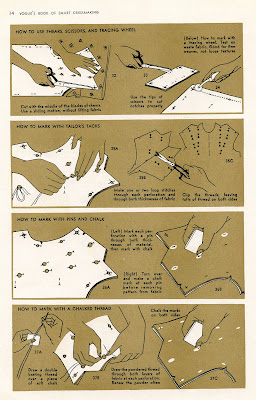 If you've not seen vintage sewing patterns before you may be surprised to find that they're unprinted.  Vogue is somewhat unusual in perforating the name of the pattern piece - usually only the pattern piece letter or number is given.  All perforations have specific meanings, though the meanings aren't necessarily the same from one pattern company to another.  Unprinted patterns were produced as late as the early 1950s, even though McCall and Pictorial Review had both offered some printed patterns in the 1920s.
Posted by andrea.at.the.blue.door at 11/06/2009 09:36:00 PM 6 comments 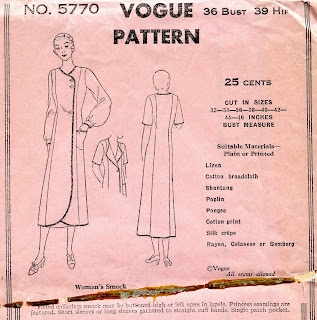 Vogue patterns from this era don't show up very often.  Vogue has always marketed itself as a fashion leader, yet the design of the envelope, while perfectly adequate and informative, doesn't have the lovely style that McCall had adopted a few years earlier with their smock.

It's also surprising to see Vogue producing a pattern for a utilitarian garment.   But what a wonderful design they've produced!  The bound edges provide a very neat finish, as do the bound button holes 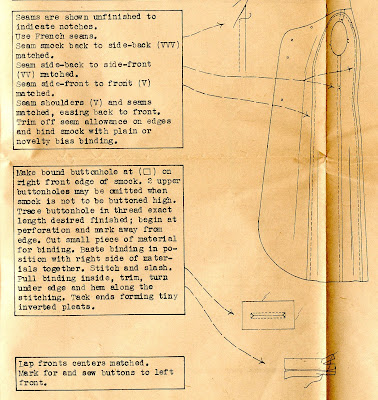 The tone of the instructions is that of a careful teacher with very high standards. 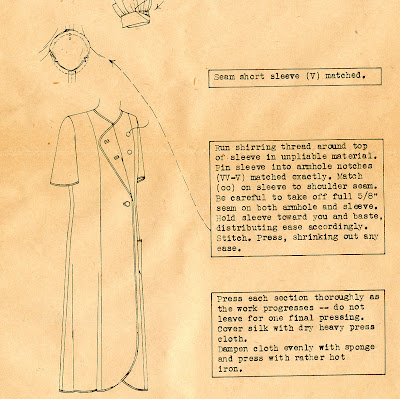