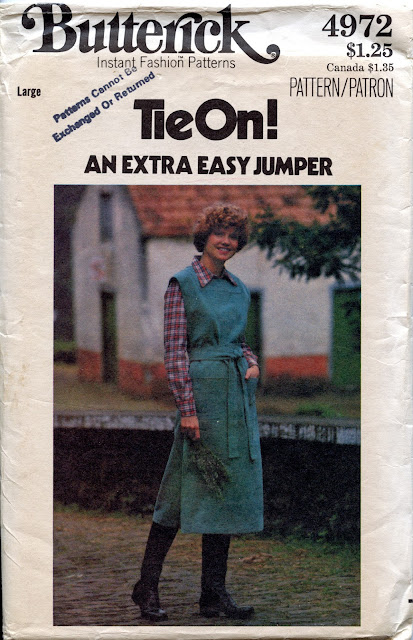 One of the interesting aspects of this pattern is the cover photo, which manages to evoke a rather romantic rural British atmosphere, with the white and red painted stone barn in the slightly misty background and the model's wellies (long before the current craze for Hunter wellies!)  This seems very much in line with some of Laura Ashley's similarly evocative designs of the period, though Butterick's design has abandoned Ashley's fondness for sprigs and flounces and is much more functional.

At first glance this looks like it might be a hoover-fronted dress or apron, but the description called it a "sandwich board jumper." 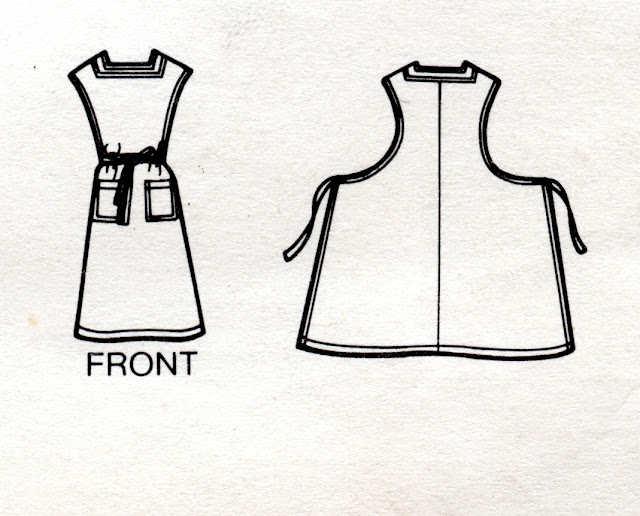 And here's how you wear it: 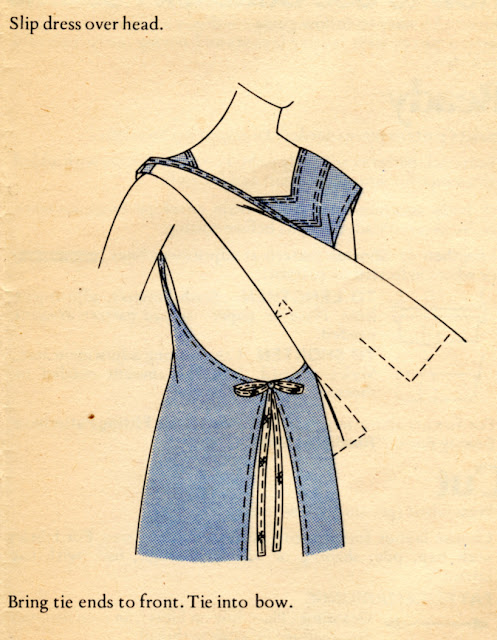 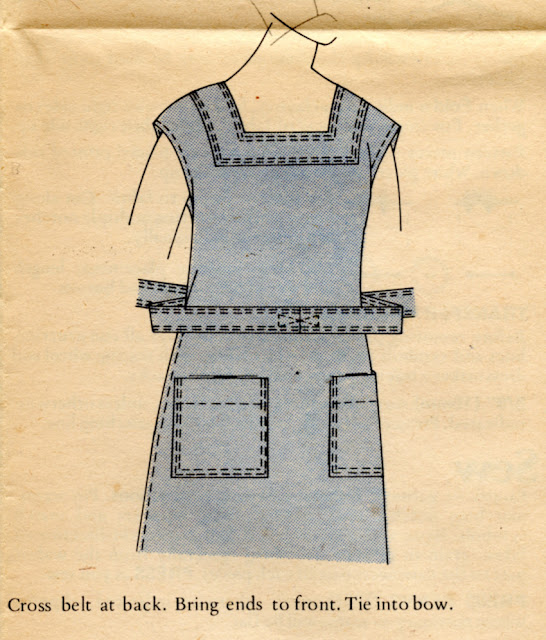 Although I always have very poor luck in getting wrapped garments to stay wrapped, this is on the whole a nice design.  It would make a splendid full-coverage kitchen apron. 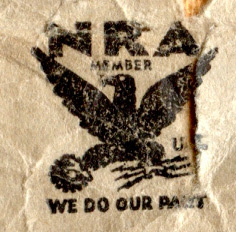 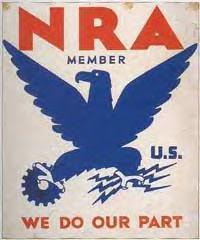 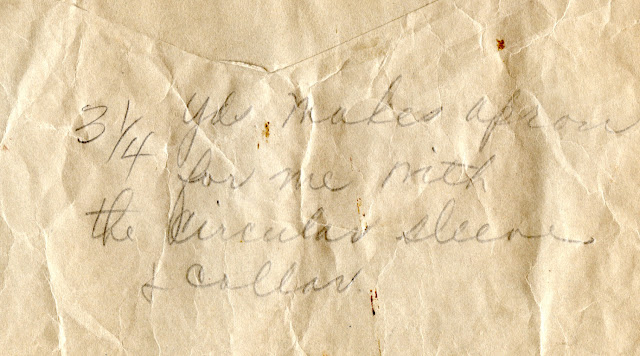