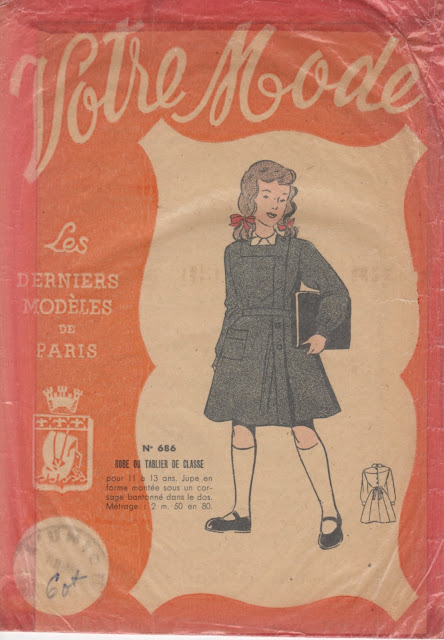 [Class dress or apron] This unprinted tissue pattern was one of a lot of two.  The other pattern is a pull-out from the Votre Mode magazine. 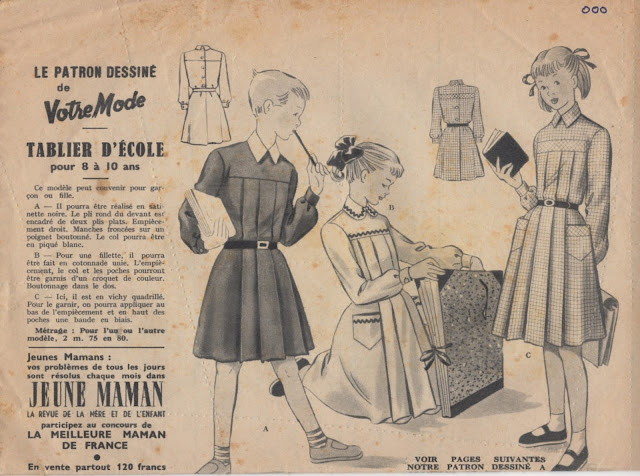 The typeface and photos of women's fashions in the pull-out point to a 1950s date.  The tissue pattern might be a little earlier.   Just to the left of the boy's right arm you can just see the perforations from the tracing wheel used to trace off the pattern.

The fascinating site Historical Boys Clothes tells us that in France boys wore school smocks through the 1950s, and points out that until the economy recovered after WW II, putting smocks on your students would protect clothes that might have been expensive or difficult to replace.   I'd guess that boys would stop wearing smocks by the time they started wearing long pants.

The boy's smock in the pull-out pattern is described as being made up in black satinette, a smooth-faced cotton fabric, with a white pique collar.  Here's a fine example of boy in his smock in a painting by Balthus: 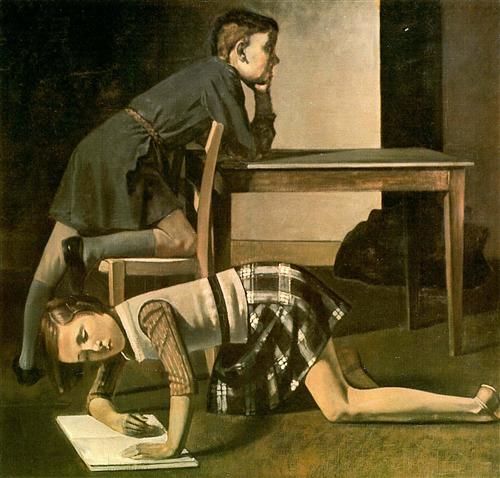 The girls' smocks are a little less dreary - one in a solid cotton fabric, the other in a "vichy quadrille," or gingham, which is used on the bias to provide decorative bands on the yoke and pockets.

I was intrigued to find this example of a commercially produced smock in an Etsy shop.  Note the front yoke on the bias, and then note that the plaid hasn't been matched on the back yokes.  This makes sense for a garment that's going to used hard and outgrown. 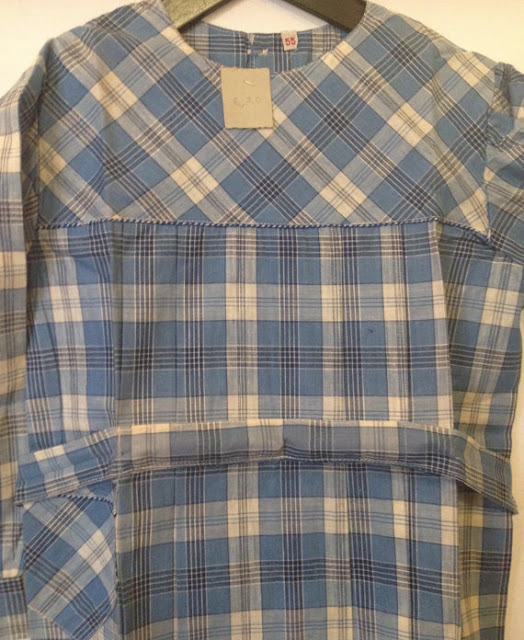 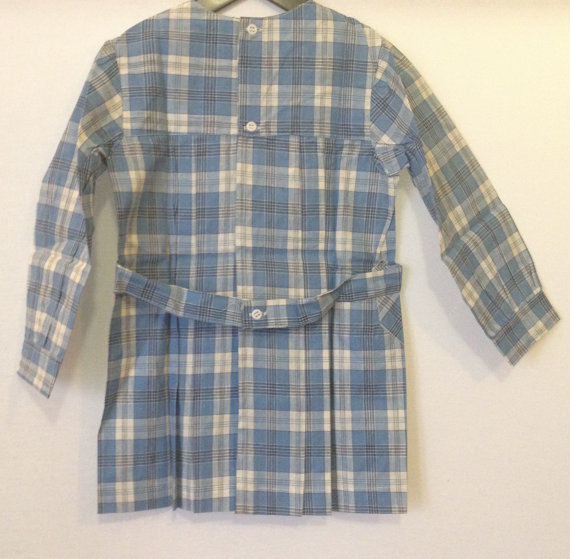 It would be interesting to learn how people felt about their school smocks.  Did they like them?  Was it nicer to have a new smock in the fall than a hand-me down?  Did those with home-made smocks envy those with store-bought smocks?