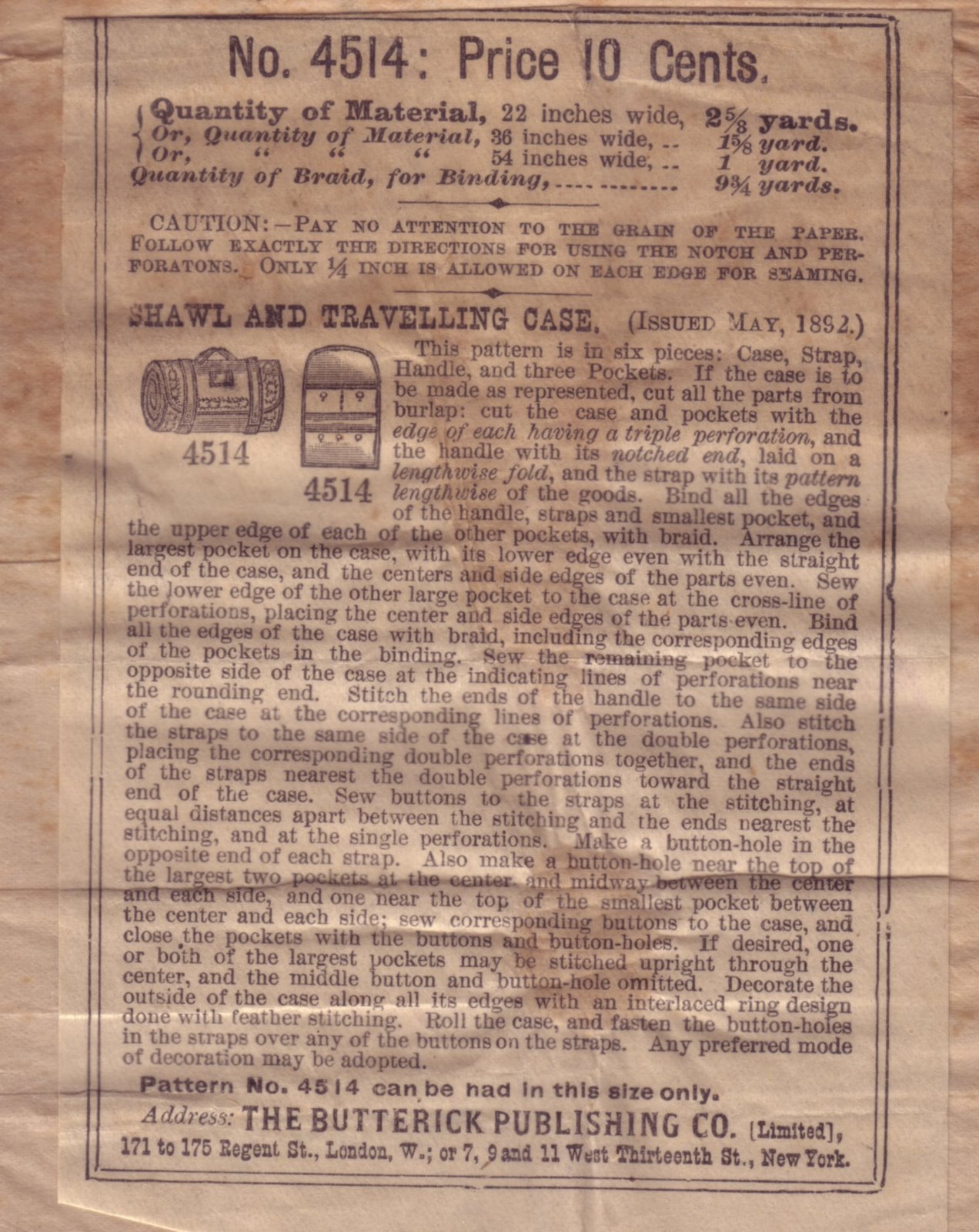 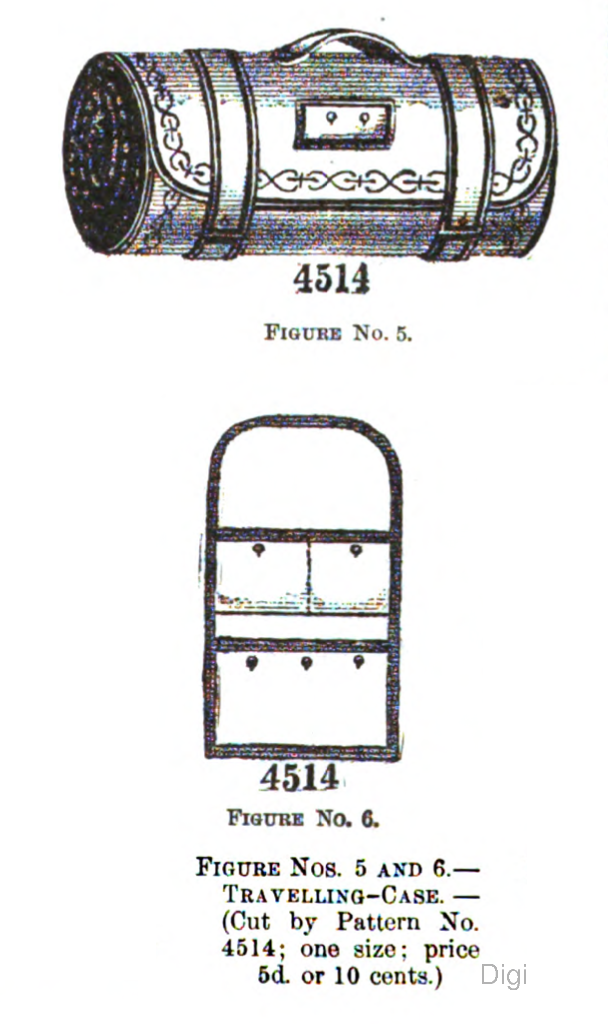 The text that accompanies the illustration:

A case of this kind is frequently called into request at this season, when everyone is making ready for Summer journeys. A few of the necessaries may be packed in such a case for a short journey or for use until the often-belated trunk arrives. It is made of brown linen, by pattern No. 4514, price 5d. or 10 cents. The shape is oblong and figure No. 6 shows the inside, which is provided with a wide and two narrow pockets, for comb and brush and other articles of the toilet. All the free edges are bound with brown braid. The outside of the case is simply embroidered with shaded brown silks. Straps are bound with braid and secured with buttons and button-holes. A small outside pocket for change and a strap by which to carry are also braid-bound.

By the time the case appeared in the Delineator, the pattern was six years old. That's a relatively long life-span for a pattern. It may have been a popular gift to make and give.
The shawl case is a member of a whole family of soft luggage that could be made at home or at sea, in the case of ditty bags made by sailors.  The Workwoman's Guide of 1840 gives extensive instructions on making travelling dressing cases for both gentlemen and ladies,  glove cases, brush and comb bags, boot bags, housewives ("hussifs,") and watch pockets.

By the last quarter of the nineteenth century the term "shawl case" had become a generic term for a smallish case, carried by hand by women, not unlike today's ubiquitous tote bag.

The exact form of the shawl case varies.  The shawl case pattern listed in Demorest's Family Magazine for August 1879 is a standard duffel or hold-all shape.  It had to be decorated because the Victorian decorated everything. The flat form of Butterick 4514 makes it a little easier to make.
Are you traveling over the holidays?  Don't forget your shawl case! (Just in case your trunk arrives late - some things never change.)
Originally posted August 3, 2008, entirely re-written December 20, 2014, updated on February 4th, 2023.