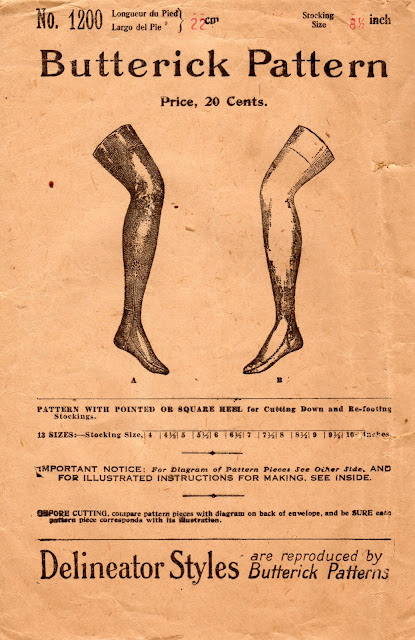 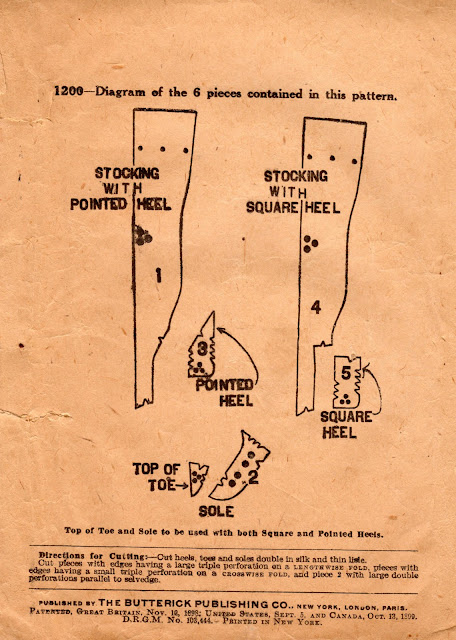 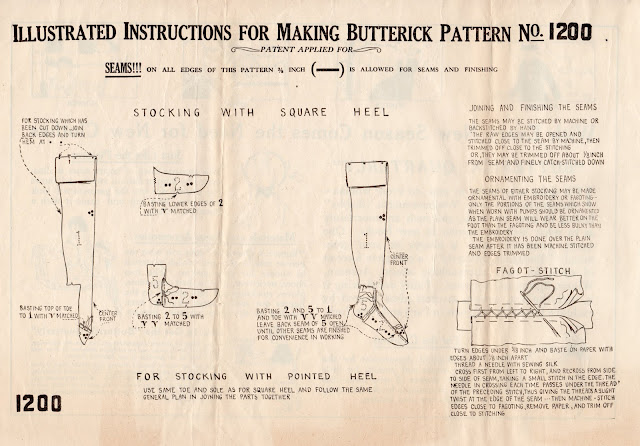 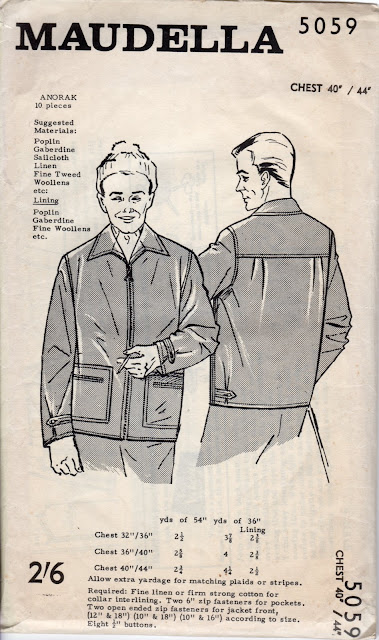 Mens' utilitarian clothing can be very hard to date.  The shape and spread of the collar seemed to point to a late 1940's or early 1950's date, but the style of an advertising illustration on the instruction sheet seems pretty firmly 1960's.

This is a very nice design as we get into the chilly winter months, particularly if, as the pattern recommendations suggest, a "fine woolen" lining is provided.

The Maudella brand was started by Maude Dunsford in West Yorkshire, England in 1937 (1.)  The brand seems to have lingered until the 1980s.  Maudella patterns show up for sale now and again.  The earlier patterns in particular seem very much more on the practical or utilitarian side rather than the high fashion side.

Though utilitarian, this jacket is not make-it-today-wear-it-tonight simple.  Getting the bound edges right on the zippered pockets will take a little care, and of course the lining will take some additional time. 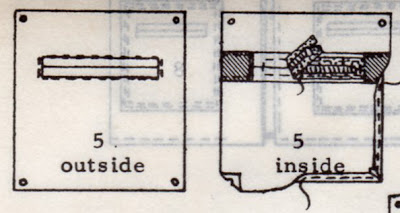 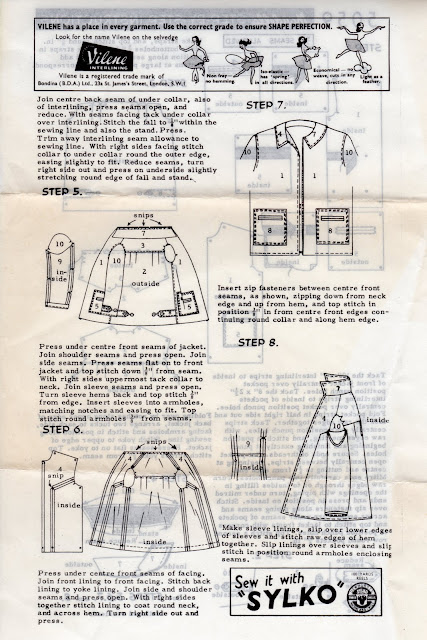 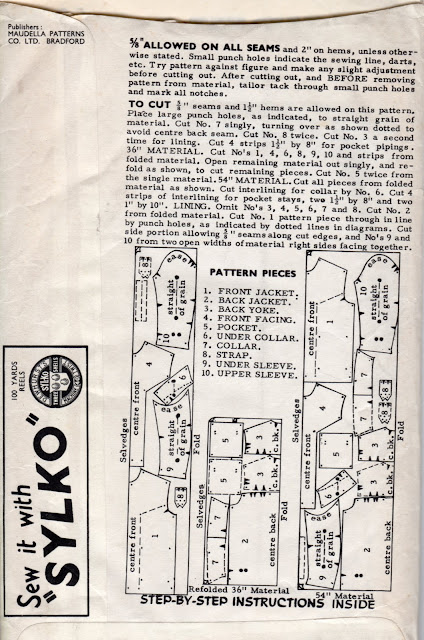 This is an unprinted pattern. 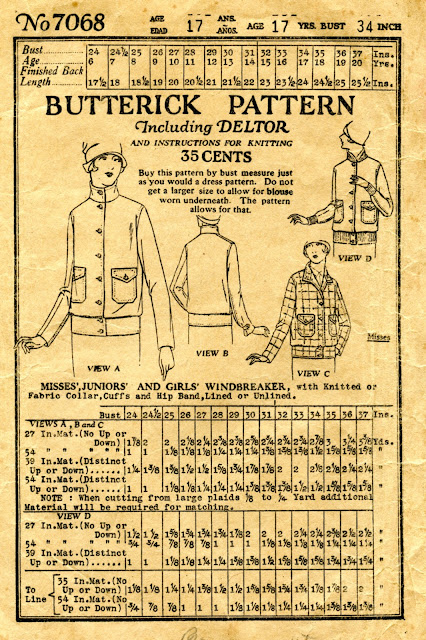 This is the companion to the boys' windbreaker I posted in December 2010. 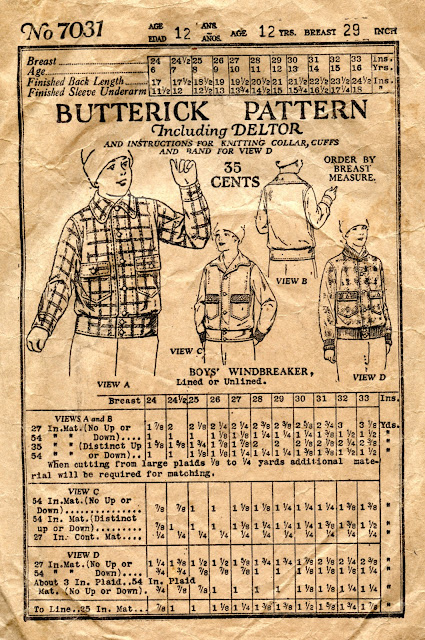 As with the boy's version, the maker has the option of knitting her own collar, sleeve, and bottom bands.  Since knitting yarns tend to come in a much broader range of colors than by-the-yard knit banding, the maker would have the potential to make a banding that complemented or contrasted with the windbreaker fabric in much more interesting ways.  Of course, that K1P1 banding is still pretty boring to knit, but sufficiently mindless to make a long bus or train trip go more quickly. 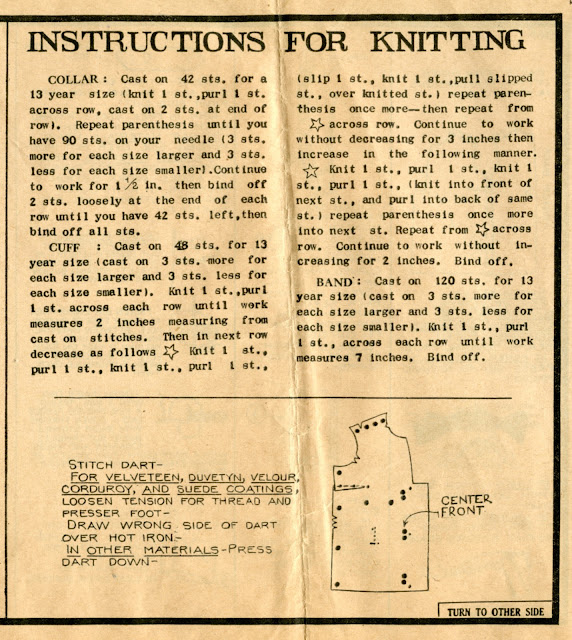 In the envelope with the pattern was this instruction sheet for the California Redwood Sleeve Board (Chicago Ill.) 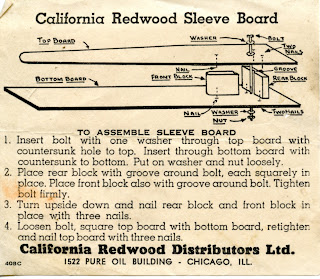 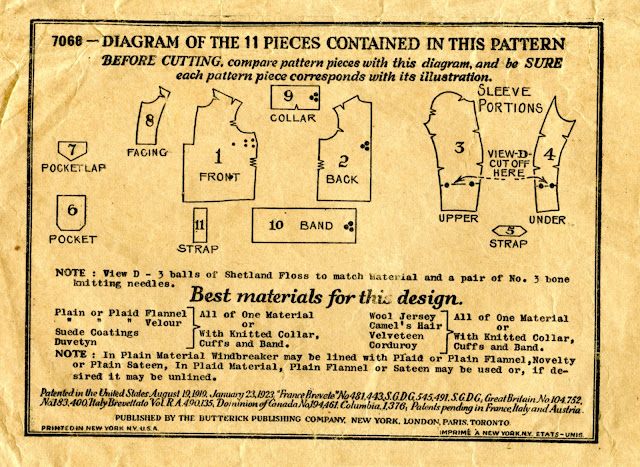