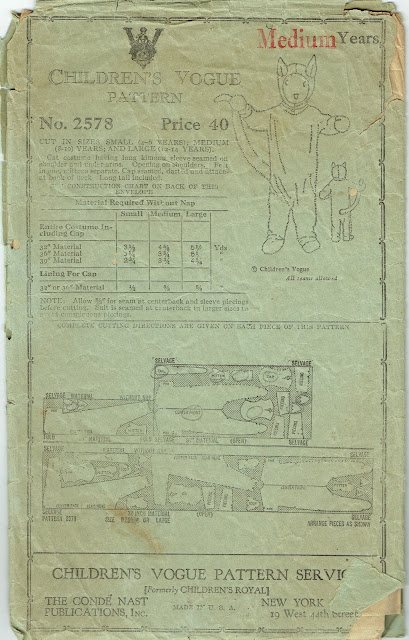 These early Vogue patterns are scarce, but they do show up now and again.  According to Butterick's corporate history, by the 1920s, each Vogue Pattern Book (published six times per year,) featured over 350 patterns.   Although we tend to think of Vogue as a high-end pattern brand, from the beginning they offered a full range of patterns, including underclothes, utilitarian patterns for garments like smocks, and costume patterns for both adults and children.

Pencil marks on the layout diagram show that the maker was carefully keeping track of the pattern pieces.  No fabric recommendations are given, but the illustration hints at a fuzzy fabric - inexpensive cotton flannel would no doubt do for the budget-conscious.

I particularly like the mitts that finish the look.

Of course this would be a fine Halloween costume, but also consider that Wanda Gag's Millions of Cats was published in 1928. Imagine if you will, an entire second grade class dressed as cats for a school pageant adaptation!  (What could possibly go wrong?) 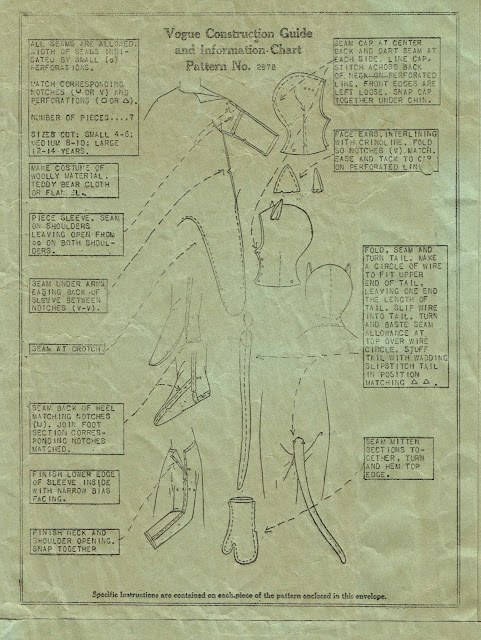