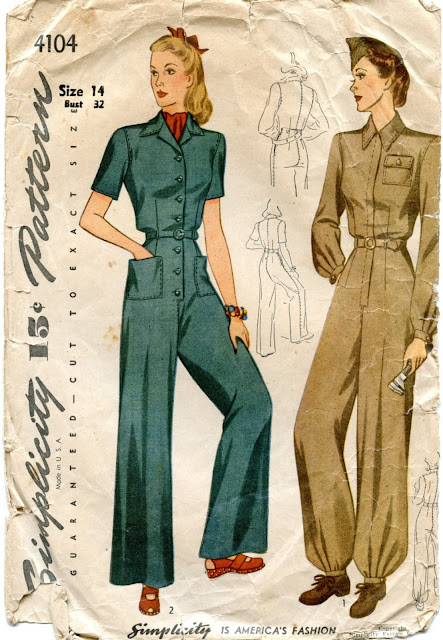 This one shows up on eBay now and again, and there may be a reason for this.  In the '40s Simplicity published a periodical for Home Economics teachers called School Sewing Service News.   The issue for March 1942 profiled five patterns in a section called "Fashions for Freedom."

In that feature we find this stylish, permed-and-lipsticked young woman modeling the coverall.  Note the fabric recommendations for corduroy, denim, or duck.  (Unfortunately, the snappy garrison cap - also known as a side cap - is not included in the pattern.) 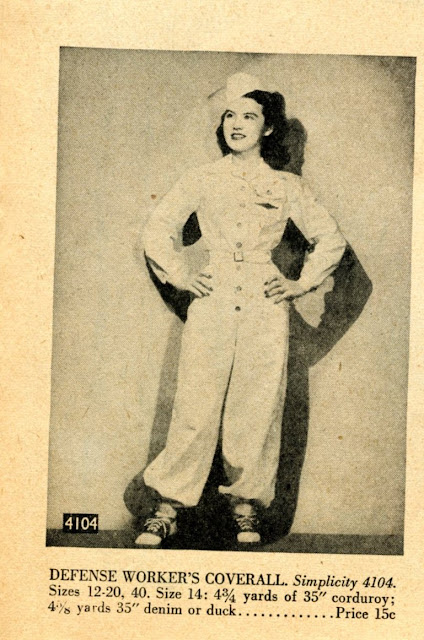 One imagines young women making up this pattern during the spring of '42 so that they'd be ready to jump right into war-time work over the summer break.

Notice that the shirt is sewn to the trousers only in the front.  The overalls have a drop seat, which is achieved by opening the zippers or snaps on either side and unbuttoning the trousers from shirt at the waist.  To keep the whole ensemble together the belt is buttoned through. 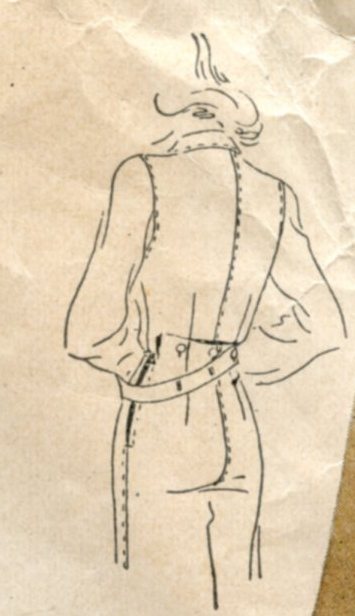 Most of us are familiar with "the Rosie pictures" at the Library of Congress, and even if you have a suspicion that these color photos are a bit staged, they're still wonderfully inspirational photographs. 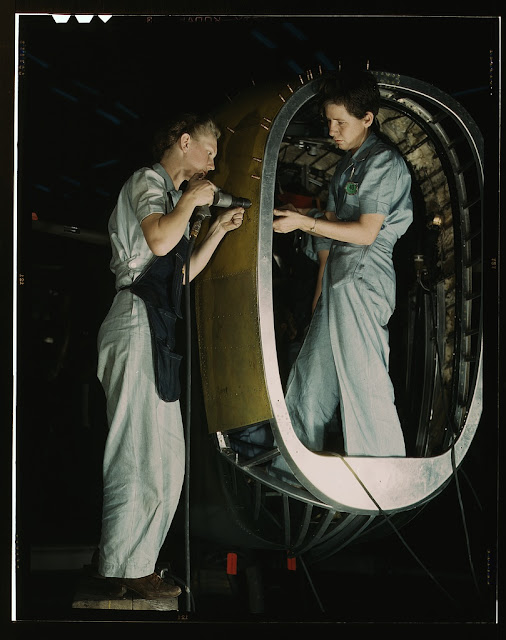 Starting in 1943 there was also Jenny on the Job, who appears in a series of posters issue by the U.S. Public Health Services. Jenny was drawn by an illustrator by the name of Kula Robbins, who seems to have vanished into the mists of unrecorded history.  Jenny would have approved of the Simplicity pattern! 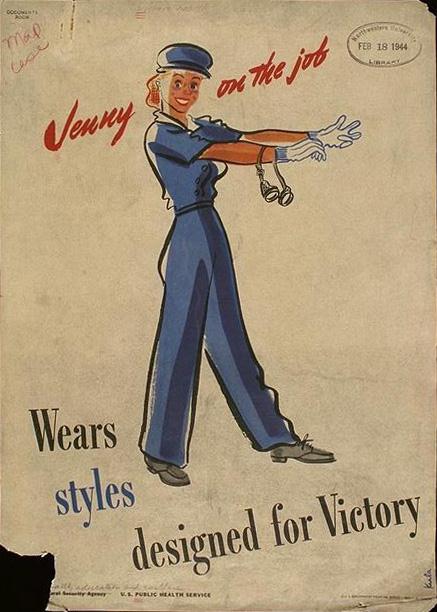 In another poster, Jennie recommended low-heeled shoes.  As our model shows us, saddles shoes finish off the ensemble.  Here's a little lagniappe for Lesli - a nice Bass advert from School Sewing Service News: 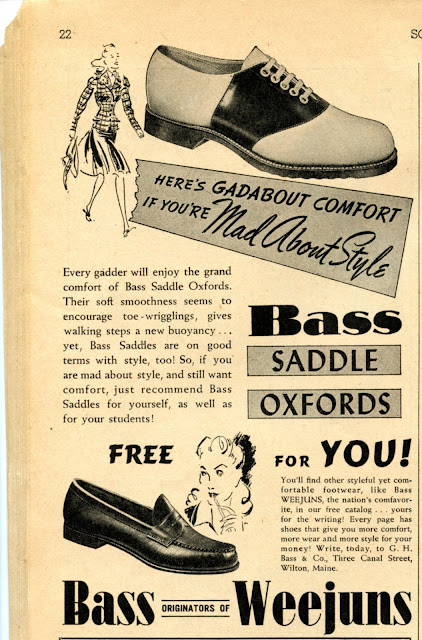 This unprinted pattern was offered in sizes up to a 40" bust.  Mine is battered and I suspect it has some terrific stories to tell, if only it could. 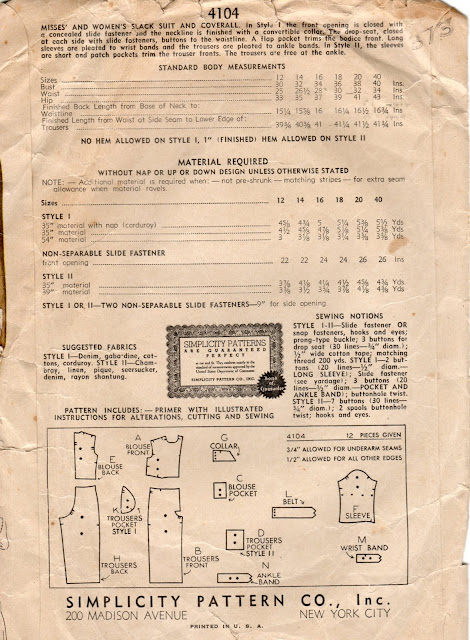