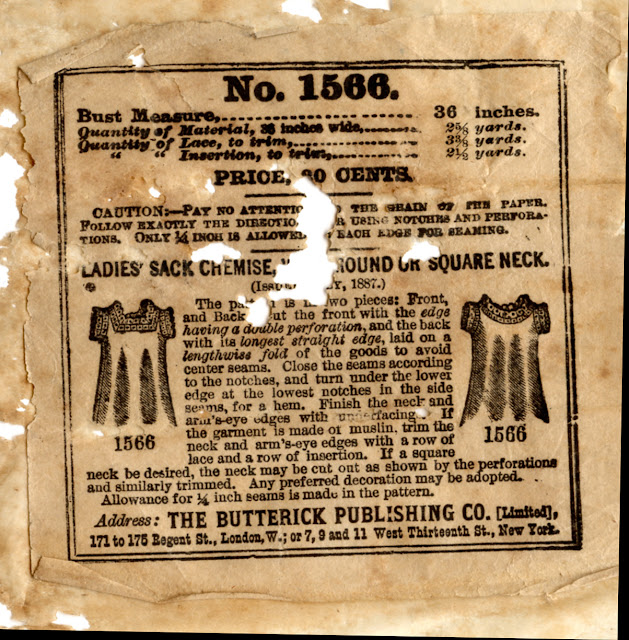 1895. This pattern is featured on page 239 of the Delineator magazine for February, in the article "New Styles of Underwear." 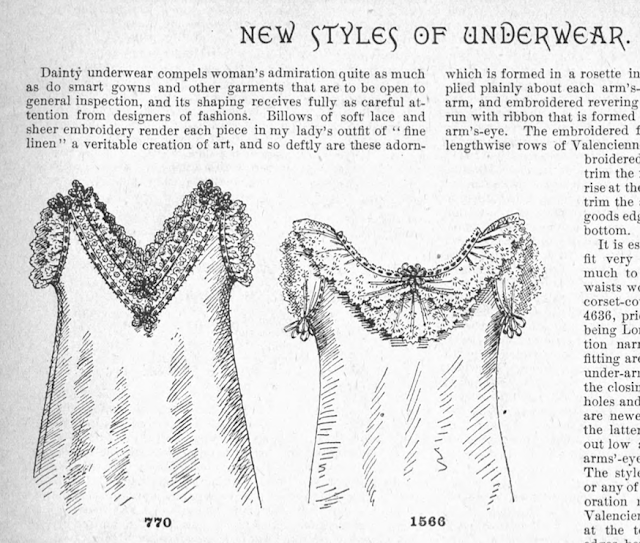 The article provides extensive details on how the chemise could be made up, using both rather luxurious trimmings, and then using more economical trimmings.

India lawn was chosen for the development of the round-necked chemise, pattern No. 1566, price 10d. or 20 cents, being used in shaping. From the neck edge falls a frill of English embroidery that is caught up at the center, and at the center of the front, a deeper frill falls below the upper one. The neck edge is finished with embroidered revering threaded with pink baby ribbon, which is formed in a rosette in front. The embroidery is applied plainly about each arm's-eye and is narrowed under the arm, and the embroidered revering is used as a completion, being run with ribbon that is formed in a rosette at the bottom of the arm's-eye. The embroidered frills could be omitted and short, lengthwise rows of Valenciennes lace insertion and wide embroidered beading used in alternation could trim the front, while a frill of lace could rise at the neck edge. Similar frills could trim arms'-eyes, and a ruffle of the goods edged like the neck could finish the bottom.

This pattern seems to have just barely avoided being destroyed by time and inattention.  Typically these early Butterick patterns arrive folded into a packet that measures about 5 inches square, with the label pasted on.  Envelopes don't seem to have been supplied, and separate instruction sheets won't appear for another twenty years.  (The Shawl and Traveling  Case 4514 pattern dates to about the same time.)  My guess is that at some point this pattern was rolled  up and subsequently became squashed at the bottom of a drawer or shelf.  Mice or bugs or both could have attacked the paste used to attach the label to the pattern. 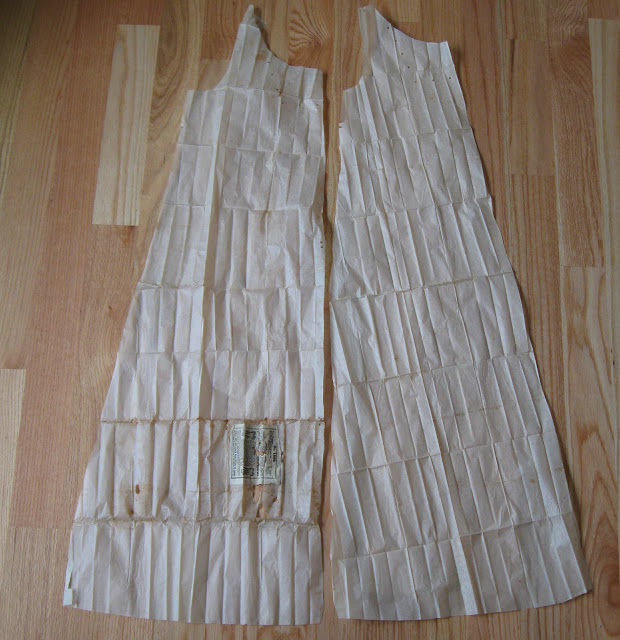 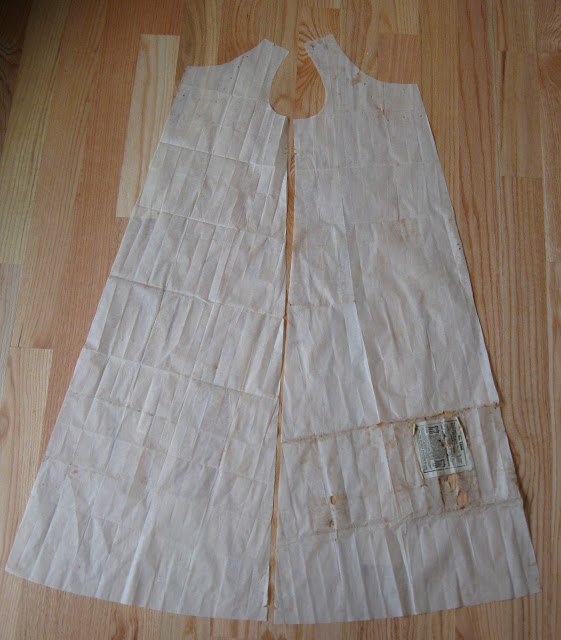 The seam allowance of only 1/4" seems rather narrow if the maker intends to fell the seams, as should be done for body linen.  Note that yardages are given for lace trimming and insertion, but you're expected to know how to apply this, as well as any facings for the sleeve and neck edges.

The Sears and Roebuck Catalog for Fall 1902 offers chemises for ladies ranging in price from 98 cents to $1.89.  Even the low-priced model offers lace edgings and insertions (though probably not of very high quality.)

Considering only the materials and not the value of the maker's labor, the home-made chemise is three cents more than Sears least expensive purchased chemise, but 88¢ less than the most expensive one.
Updated on January 26, 2023 with new information from the Delineator magazine.
Pin It
Posted by andrea.at.the.blue.door at 10/01/2010 12:00:00 AM