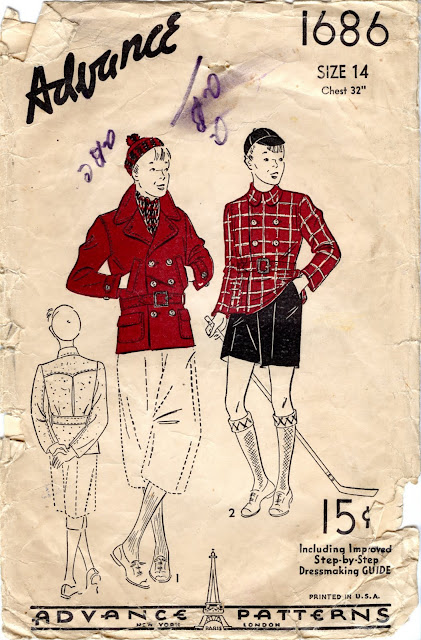 Latter part of the 1930's.  The yoke and lower back pattern pieces have been replaced with newspaper tracings from a Detroit paper that indicate a date of 1938 or '39.

I would describe this as a reefer or pea coat (the terms seem to be largely interchangeable.)  View 1 is a particularly elegant interpretation, having both hand-warmer and patch pockets.

With sixteen pieces and an expectation that it would be lined, this coat represents a lot of work for the maker.  As we did in the discussion of McCall 5327, we should consider the challenge to the maker in spending money on (remember that at this time the Great Depression is a recent memory for all and still a reality for many) and considerable time in constructing a garment that would be outgrown before it wore out.  Of course, if there was more than one boy in either the immediate or extended family, possibly the maker planned to make the coat for Older Brother who would hand it down to Next Younger Brother or Cousin.  It would be interesting to know if clothing was handled and maintained with greater care when it was planned to be handed down.

Many of the pattern pieces are torn - something that often happens when you're working with thick fabrics - winters in Detroit are cold! 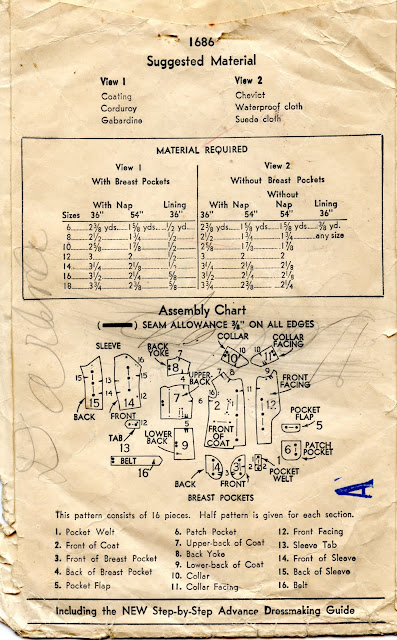 Although Advance is touting an improved step-by-step instruction guide, the entire set of instructions, including the layouts, is printed on one side of a 15" by 16" sheet of paper.  The written instructions are reasonably complete but necessarily very brief.  The maker is assumed to have good basic sewing skills such as basting, grading and finishing seams, pressing, etc. 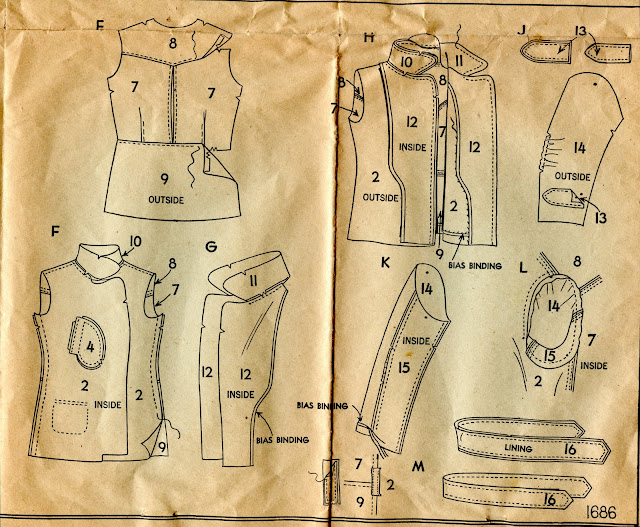 Oh my, it does look like a complicated garment to put together, doesn't it? All those pieces!

Fascinating how some styles don't change.

My family passed clothing on religiously (to siblings, cousins, in-laws, and back). We bought higher quality when possible, especially for garments that would be reused, and took good care of them. Many items that I wore returned for my brother and sister 7-10 years later still in good shape. If someone was too hard on clothes they were crossed off the hand-me-down list!