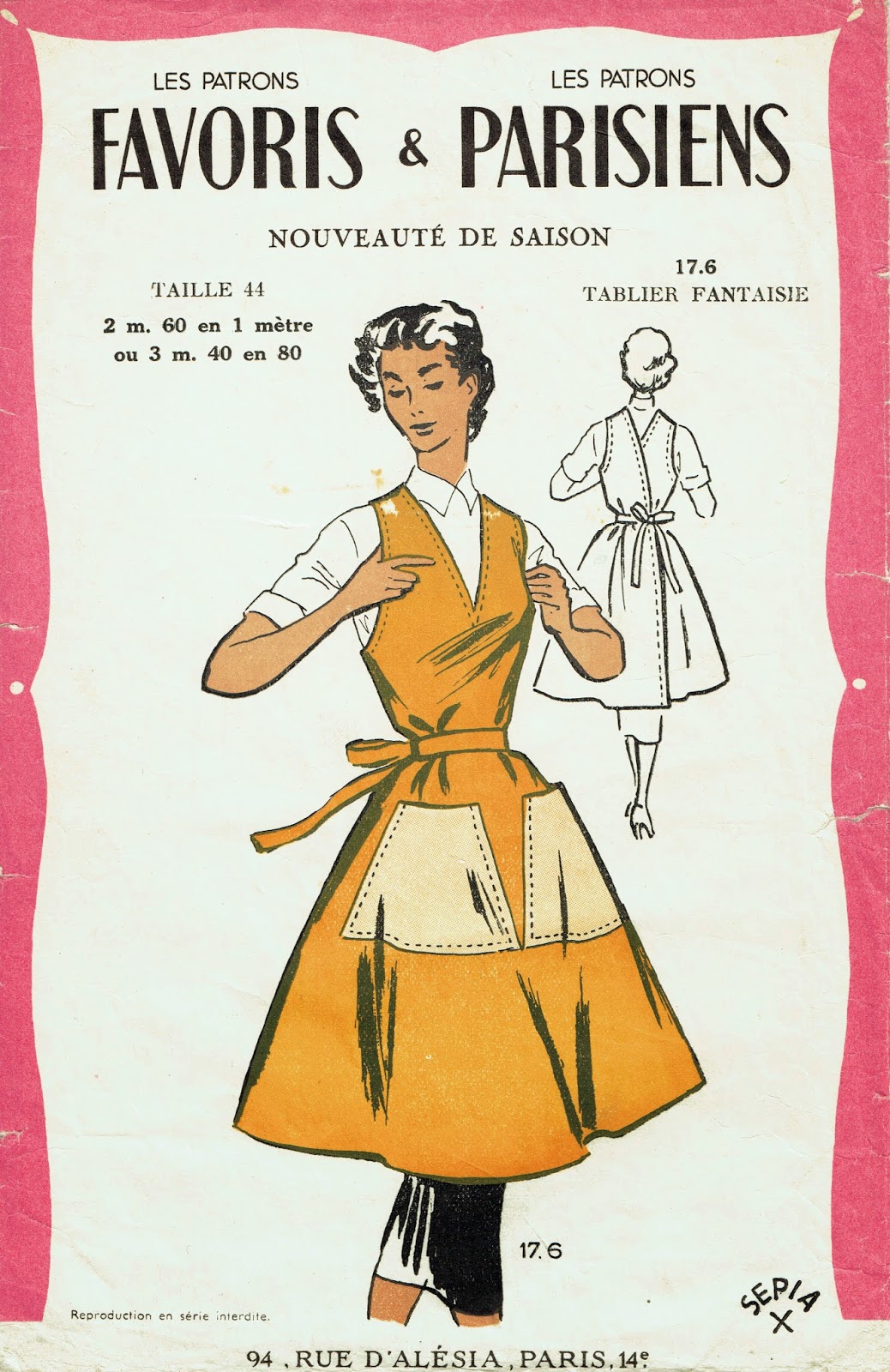 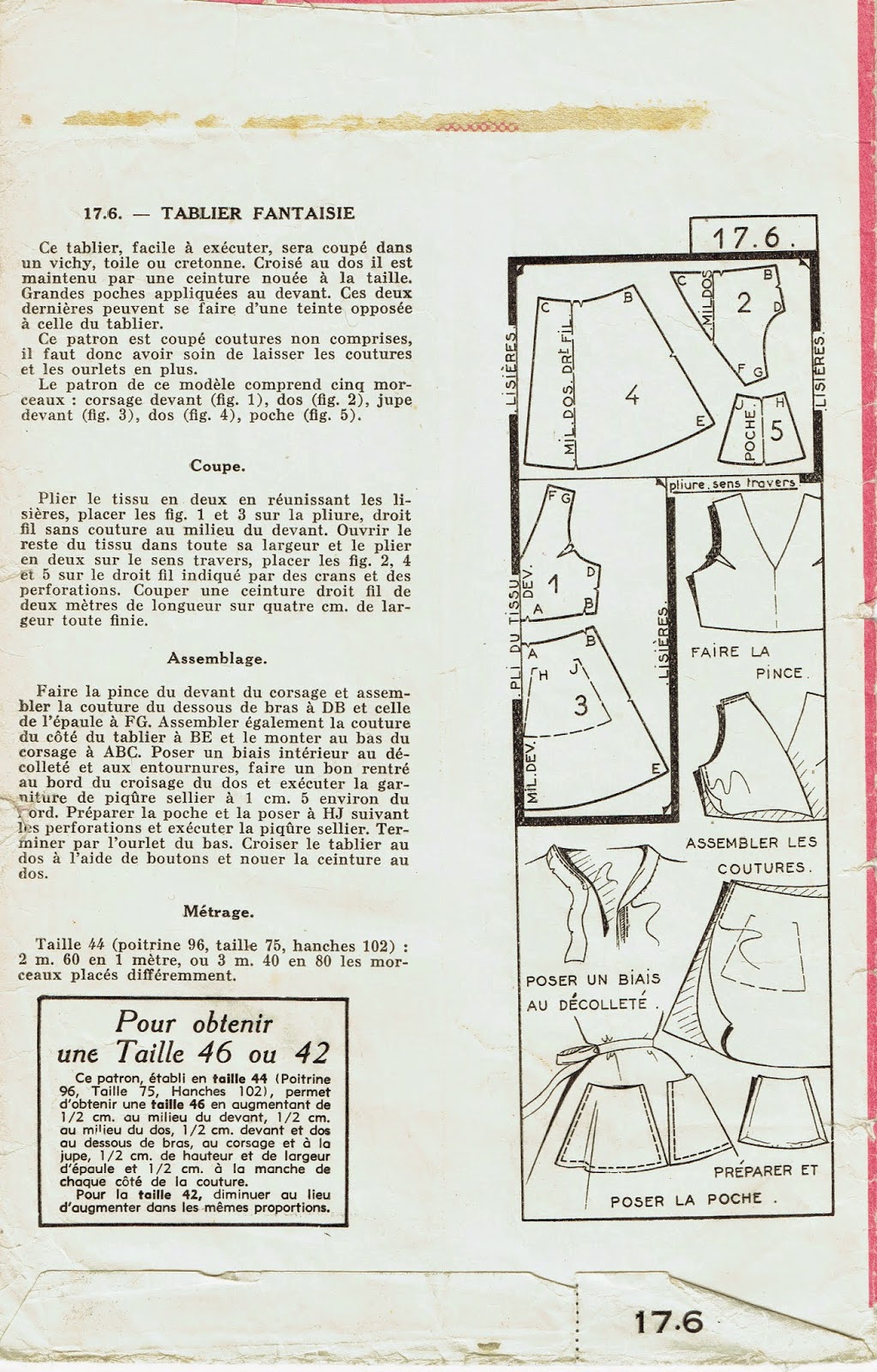 Oh my goodness! That is exactly the type of apron I've been searching for. Are there any more copies out there? I don't like anything around my neck, and it's difficult to find apron patterns that go over the shoulders rather than around the neck. Are going to sew this one up? Would love to see it.

Very similar styles were available from the U.S. pattern companies and show up on eBay pretty regularly - you might want to keep any eye out there.

I'd like to make up this one, but it's going to have to get in line behind at least a dozen other sewing projects!