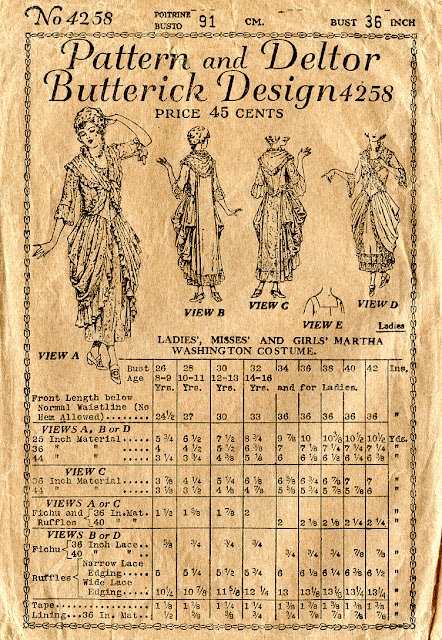 Probably the first half of the 1920s.

My town is too small to have a July 4th parade, but if we had one, it might feature a suitably costumed George and Martha Washington waving to the crowd from the back of an elderly pick-up truck.

This costume, which could also have been used for fancy dress balls, is a wonderfully inaccurate pastiche of eighteenth century styles. 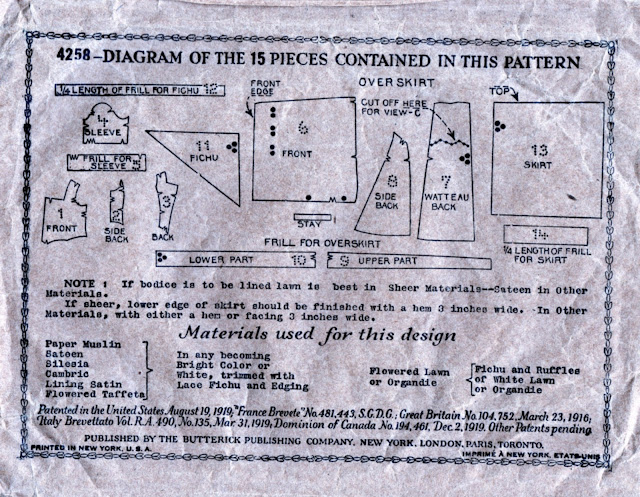 And as an Independence Day bonus, if you're a fan of substantial fruit cakes, you might like to make Martha Washington's Great Cake.  This recipe comes from the web site for the Mt. Vernon historical site.


Take 40 eggs and divide the whites from the yolks and beat them to a froth. Then work 4 pounds of butter to a cream and put the whites of eggs to it a Spoon full at a time till it is well work'd. Then put 4 pounds of sugar finely powdered to it in the same manner then put in the Yolks of eggs and 5 pounds of flour and 5 pounds of fruit. 2 hours will bake it. Add to it half an ounce of mace and nutmeg half a pint of wine and some fresh brandy.

The recipe must have been calibrated to feed the whole of Washington's Army!

Forty eggs for Martha, and ten yards of fabric for that dress.

Plus you have to add the forty (!) eggs a spoonful at a time!