At a guess, the nineteen-teens

The envelope and typeface lead me to believe that this pattern might have been manufactured by the Beauty Pattern Company (1188-90 Fulton Street, Brooklyn, New York.)  Beauty Patterns were sold through newspapers, but I've been unable to find any reference to this one; I suspect it was available through their mail order catalog, which could be purchased for ten cents.

Leggings rather than trousers would be quicker, less expensive, and probably fit a wider variety of Santas.

This unprinted pattern does not appear to have been used. 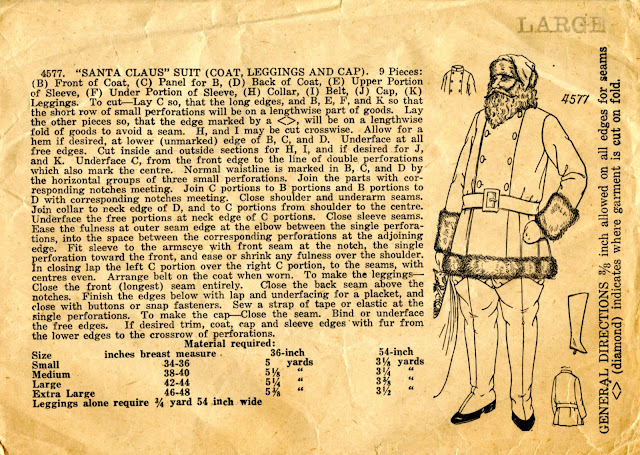 What a great pattern! Do I get on the naughty list for looking at those spats/leggings and thinking they'd look wonderful in velvet for keeping you warm while wearing a flimsy Christmas dress and shoes under a winter coat?