Butterick 4202 - One Piece Dress...Suitable for Nurses or for a House Dress 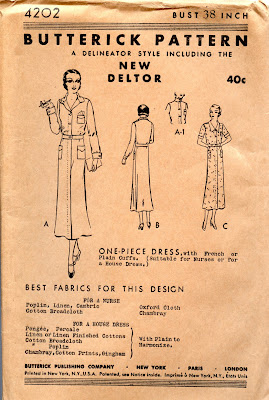 The design of this uniform is very similar to Simplicity 7006.  While some nurses probably made their own uniforms, I suspect that others may have bought the pattern, material, and findings they preferred and had their uniforms made up by a local seamstress.

Advertising this pattern as also suitable for a house dress seems to me wishful thinking on Butterick's part, as there were much more attractive house dress patterns available.  Patterns for maids' uniforms were generally advertised as such.

These detachable uniform buttons date to about this period or a little later. 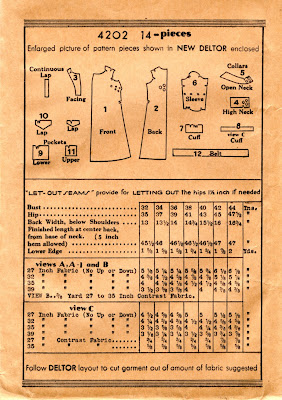